This exhibition celebrates the life and work of one of most influential designers of the post-war generation, Lucienne Day.

Lucienne Day: Living Design tells the story of Day’s design career, unfolding in a sequence of photographs drawn from the archives of the Robin and Lucienne Day Foundation.

Photographs show the lead up to her career breakthrough at the Festival of Britain 1951, with her pioneering ‘contemporary’ design Calyx. They also evidence Day’s prolific output of patterns for furnishing and dress fabrics, table linen, carpets, wallpapers and ceramics. The exhibition includes current and recent productions of Day’s designs, demonstrating the continuing vitality of her design legacy.

This very well-received exhibition has drawn visitors from all over the UK and engaged schools through numerous talks, workshops and visits. It has also attracted national press coverage, including articles in Elle Decoration, The Lady Magazine and Telegraph Magazine. 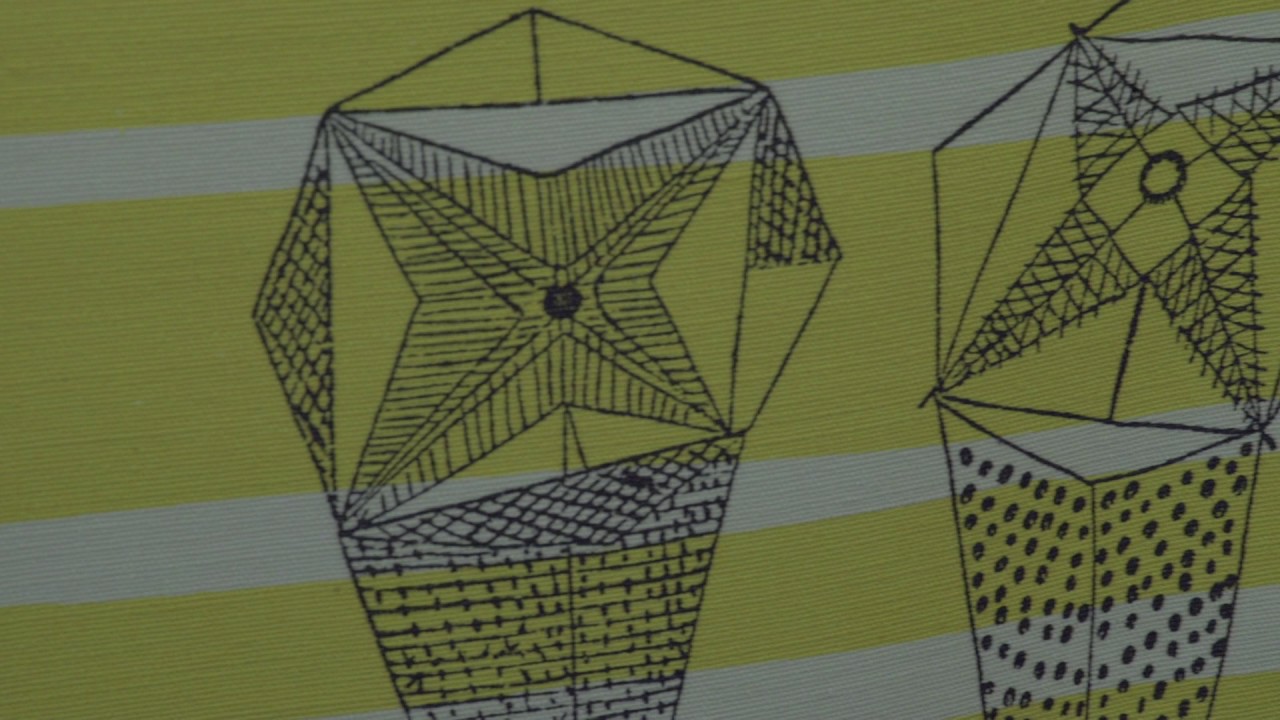 Available for purchase from the AUB online store or in TheGallery Office.

Available for purchase from the AUB online store or in TheGallery Office.

24 Sept 2019 – 11 January 2020
Willis Museum & Sainsbury Gallery, Basingstoke, Hampshire
Since 1984, the Willis Museum has been housed in the early Victorian building that was once Basingstoke’s Town Hall. It is named after George Willis, a local clockmaker, antiquarian and former Mayor of Basingstoke, who became the first honorary curator when the original museum was established in the Mechanics Institute in New Street in 1931.

1 July - 30 September 2017
Museum of Carpet, Kidderminster, Worcestershire
This exhibition will be part of Kidderminster Arts Festival 12-27 August 2017
The Museum of Carpet is dedicated to the history of Kidderminster with a particular emphasis on the carpet industry. It holds an extensive archive collection and library, including original carpet designs by Lucienne Day and hosts a number of temporary exhibitions. The Carpet Museum was established by The Carpet Museum Trust and is supported by Heritage Lottery Fund.

13 January - 4 March 2018
The Oxfordshire Museum, Woodstock, Oxfordshire
The museum is situated in a beautiful 18th-century house in the heart of Woodstock. It is home to eleven permanent galley exhibitions with many featuring the history of the county of Oxfordshire through collections of art and archaeology.

17 March - 20 May 2018
New Brewery Arts, Cirencester, Gloucestershire
New Brewery Arts has been championing craft in the Cotswolds since 1978, offering a wide range of courses and workshops and an exhibition gallery dedicated to showing the best of British craft. New Brewery Arts is run by a small team with experience of working within the arts, education, retail and charity sectors, supported by their Trustees.

19 July - 15 September 2018
Coach House Gallery, Dublin Castle, Republic of Ireland
Dublin Castle was originally developed as a medieval fortress under the orders of King Jon of England. This Gothic Revival structure, bristling with pinnacles on the outside and rich with ornamental features within, the castle provided a place of worship for the household. It remains one of the architectural highlights of Georgian Dublin today. With its mock-Gothic stone façade, the Coach House was built in 1833 to house the coach and horses and is now a converted exhibition space.

Lucienne Day was one of Britain’s most pioneering textile designers, who brought contemporary colour to an otherwise drab post-war Britain. Born in 1917, she graduated from the Royal College of Art in 1940 and married her designer husband, Robin Day, in 1942. One of her most famous designs, Calyx, was designed for the Homes and Gardens Pavilion at the Festival of Britain in 1951 and launched her design career.

From that moment on Lucienne designed fabrics, wallpapers, ceramics and rugs on a commercial basis until later in her life when she focused more on one-off designs for her silk mosaics.

Find out more about The Robin and Lucienne Day Foundation