Booking essential, as numbers are limited.

Join artist and AUB Honorary Fellow (2012) Morag Myerscough to hear all about her practice, work and projects to date.

Morag’s strong visual approach is instantly recognisable and elevates every context in which it is placed. Her work is rooted in creating a sense of joy and belonging for all those who encounter it. Morag creates specific local responses to each distinct audience that will see and experience the work, using it to create community and build identity.

We look forward to welcoming you to our first Gallery Webinar. 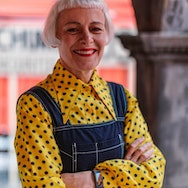 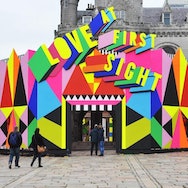 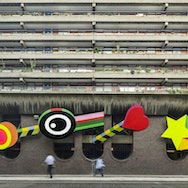 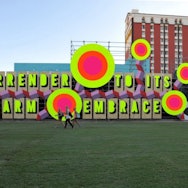 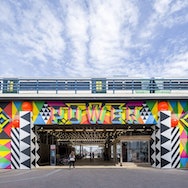 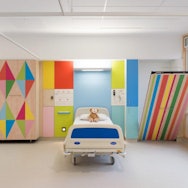 Sally Hope has twenty-five year’s experience of working within the design industry, both in professional practice and in education, this provided Sally with many creative challenges and rewards. Sally has been recently focusing on the records of memory and experience found in postcards. Sally has considered how the postcard is a record represented through both image and narrative and has explored the relationship between these subjective and personal records and the factual records represented in archives.

An exhibition of work by Morag Myerscough, AUB Honorary Fellow (2012).

Morag Myerscough is well known for her large-scale structural installations which bring colour and life to public spaces across the country and internationally.

This exhibition provides an understanding of the creative processes behind Morag’s work, with the opportunity to experience her studio space, where fragments of past works sit alongside new projects.