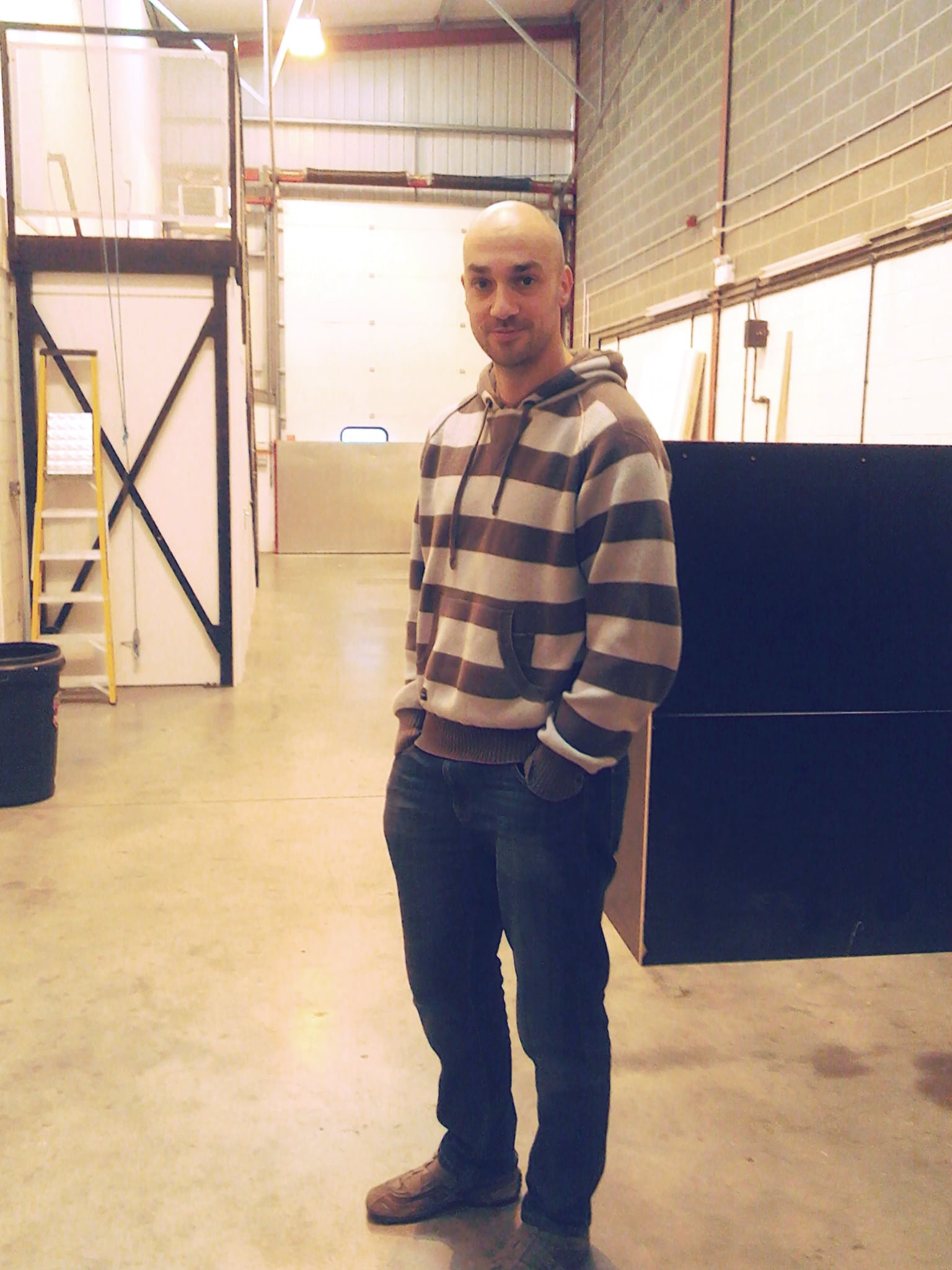 York /What students are doing /York

“I’m currently designing a structure based on a space station for inclusion in a shopping mall in Egypt and it’s for kids to play on. I think it’s about two meters tall by three meters wide and octagonal in shape, so I am doing the production drawings for that. It’s already gone through a design approval process with the client.  So I basically take the initial concept and check the design and get it ready for manufacturing. Some of the components will go across to be C’nCed and some of the components will go across to be made traditionally by hand and then assembled by firstly joinery. Next it will go to have the interactive element added, then graphics are applied and then it’s shipped out to Egypt. Then you or somebody on our team will go out there to install it.

I learned how to use design software ‘Rhino’ at AUB, but design is not my main field. My job description is Modelmaker, so I am in the Modelmaking workshop making models, replicas, interactive models.

The satellites were from the science museum in London. The oil refinery for a museum in Kuwait and also the drilling heads, which had an interactive element. The model landscape was a big piece 4 or 5 metres by 3 or 4 meters. The burial mounds are on a vast stretch of land in Kazakhstan, so this model was to bring the idea inside the museum for people who couldn’t get out into the land.

There is quite a lot of research involved. I had to research what the burial mounds look like, going on Google Earth, and looking at other peoples’ photos of them, looking at topography and contouring of the land, it has to be accurate. Then the whole thing was carved out of foam, which is then covered in Jesmonite, a gypsum based product then painted up and various details added, like people to get an idea of scale.

Before Paragon I worked in London for 18 months at Millennium Models. I started there straight after university. Then I saw this job advertised and I wanted to move back up north to be near family.

I started the ball rolling with Millennium when I went there for work experience for two weeks whilst in second year.  Simon, who is also a visiting lecturer at AUB, gave me some freelance work when I was in my third year and when an opening came up he offered me a permanent job.

I was making architectural models with Millenium Models. It’s a great basis for any other type of model making because of the accuracy that is involved and the kinds of materials and processes being used. It allowed me to transfer skills into museum model making.

There is quite a large team here at Paragon with lots of different skills. There are about 50 permanent members of staff here and they include joiners, model makers, prop-makers, solid surface workers, metal working engineers, interactive engineers, designers, management etc.  The skills of a model maker are transferable so I have worked in every department across the company except metal work.  I have a great overview of how things are done and when an extra pair of hands is needed I can help out.

Because of the diverse skill-set you learn as a model maker it does make you very valuable in a company.”

What is your One Piece of Advice?

“Get industry contacts throughout the course and keep those links up, because you never know where opportunities might arise.”