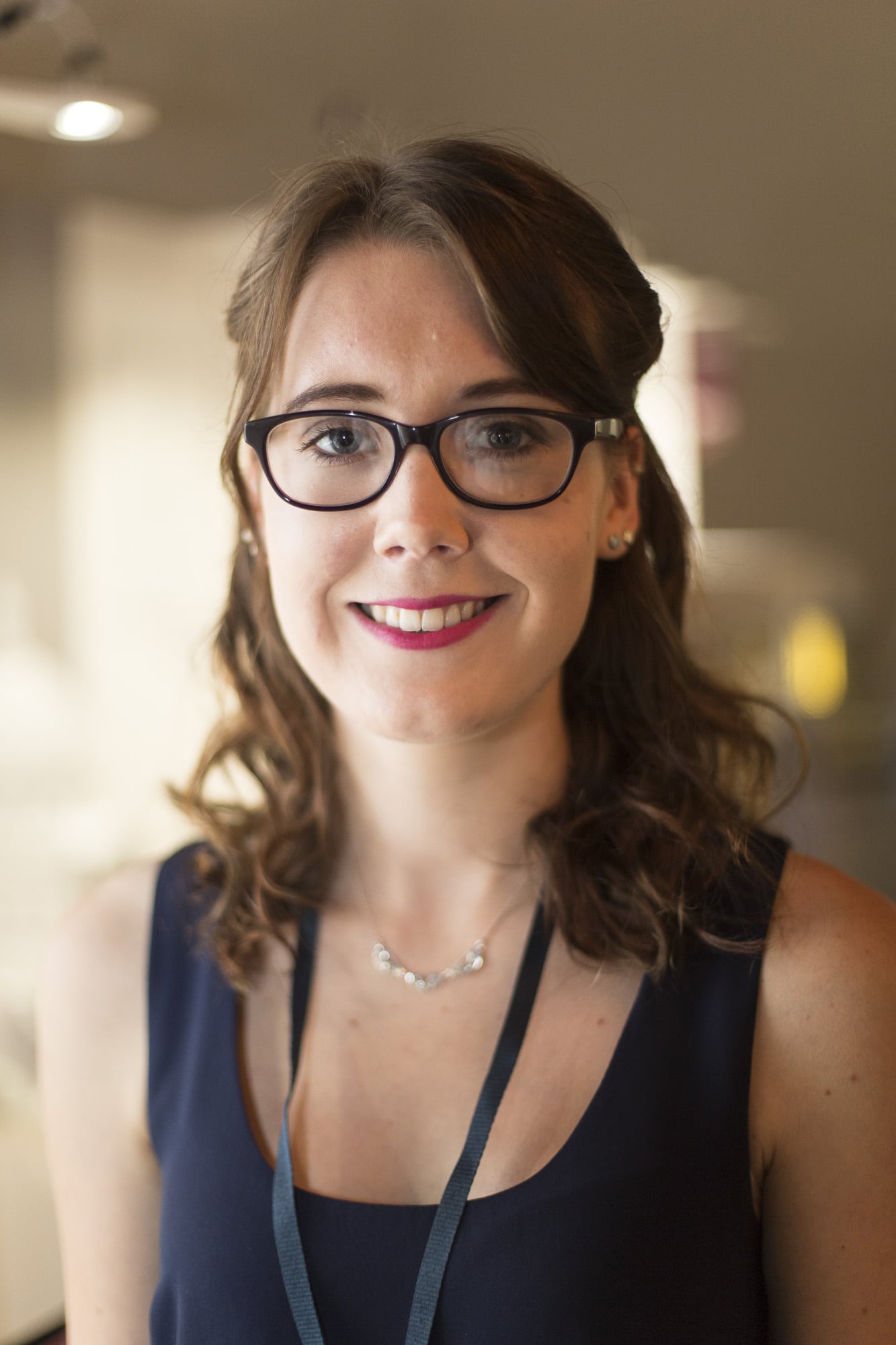 The lampshade is actually made entirely from resin, which had never been done before according to my many weeks of research. I wanted to make something that was unusual and hadn’t been seen before.

I took a profile of an original Tiffany lamp for the base and designed it with an optical theme – the bottom is a bit like an antique microscope with its three legs.

During my third year, I also created a stop-motion puppet, fully articulated with an armature, for a client as a nine-week project. The client was an alumnus from the Animation course at AUB, who graduated a few years ago. He designed the scientist figure, which I then created.

To dress the puppet, I laser-engraved fabric to make pin-stripes on a small enough scale and designed my own fabric which I had custom-printed for the shirt. It’s got DNA strands on it, because I thought that would be quite quirky.

The puppet has replacement faces which all clip on and off. They have a little channel on the back and a strip that they clip into with magnets. The client then built the set and animated the character in a film. It was really nice to see it come to life.

My third piece on display is an architectural model that I made in Second Year. I became quite interested in how landscapes and trees were represented in these kinds of models. There’s an in-joke that trees in architectural models look a bit like toilet brushes! I started playing around and looked at architects’ sketches. I tried making my trees look more abstract, inspired by those.

I actually started at AUB when I was nine years old! I did the Saturday Art School classes – and then between the ages of 12 and 16 I did Graham Wood’s Saturday modelmaking class. It’s nice that I’ve actually got to teach some of the classes that I used to attend, that was wonderful. I’ve taught workshops with Widening Participation groups and that’s been really good.

My long term plan in the future is to teach. The thing that inspired me most as a child was hearing about all the wonderful places that people had gone and all the jobs they had done though. I want a few of those under my belt before I start teaching. I love stop-motion animation, so somewhere like Aardman Animation or Mackinnon and Saunders would be wonderful.”