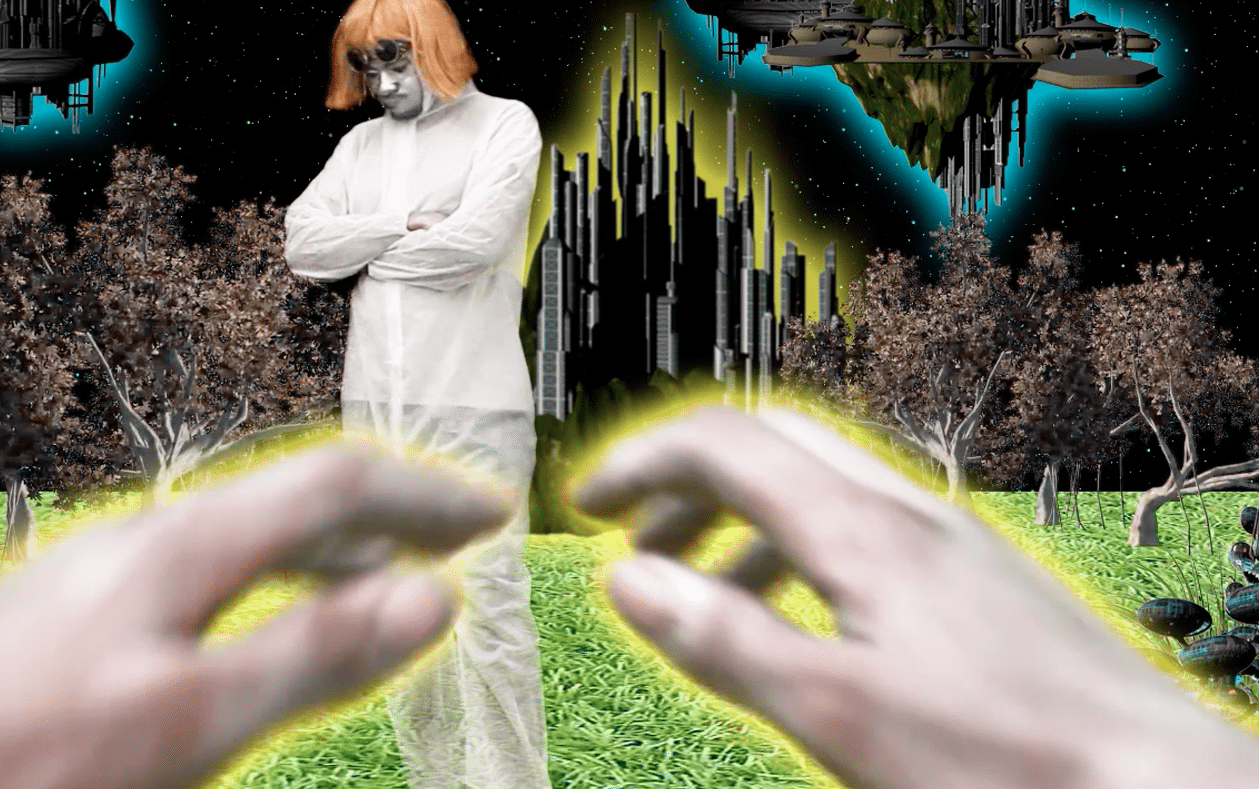 Transmission from the year 20xx, it’s them! They’re back and blacker than ever.

Transmission from the year 20xx… is the frontrunner to an ambitions and grand line of experimental science fiction based multi-universal narrative. It explores multiple dimensions, alternate characters and diverging themes and subject matters. This video is a glimpse into the possibilities of the impossible, an exploration of black earthlings taking back their power and and traversing the stars in search for a new future.

Their work is a collective of Afro-futurism, colonialism, equalityn technology and theatrics, combined with a passion for video performances to convey current issues in an engaging and accessible form.

Each year the recent graduates of Fine Art fundraise in their final year to partake in the annual Free Range Shows held at The Old Truman Brewery in London. The Free Range Shows gives students from a range of top creative universities around the UK the opportunity to take part in a huge exhibition which sees gallerists, curators and other institutions scout out the best work.

Last year Fine Art at AUB won the ‘Best Collective’ award for overall curation and work in their show. Now for a second year running, AUB have won at the Awards with this year’s winners Jessica Thomas and Clive Timothy winning the Best work award for their collaborative video.

Together they call themselves ‘Multiplicity’ a collective of Afro-futurism, colonialism, equality, workers rights, technology and theatrics through a combination and passion for video performances, video installations, digital editing and green screen technology, and through a Lo-fi aesthetics to convey these current issues in an engaging and accessible form.

The prize included: A solo exhibition at The Old Truman Brewery in February 2018; curatorial support from Artfund; an Art Fund National art pass; online press with Elephant Magazine and a £1000 bursary for both the artists.

Born and raised in Harare, Zimbabwe, Clive has been passionate about the stories and tales told by his family of the early myths and legends of Zimbabwe. This grew quickly into faction with the stories and aspects of science fiction. Embracing sic-fi and the other worldly; and finding a close connection and bond with artists and afrofuturist Sun Ra, Clive embraced the alienation faced in his intrigue in science fiction materials and niche afrofuturist artists who explore gender, class systems and social activist subjects. With a collaboration with Jessica Thomas through video, performance and digital works, they founded their collaboration collective, Multiplicity.

Jessica Thomas
Jessica Thomas is a Birmingham born artist currently based in Bournemouth. Jessica’s video installations deal with the issues of personal and cultural identities, and how these are shaped by and interact with western societal values. She is particularly interested in the visual aspect and lifestyles depicted in 90’s film and reality television programs, which showcase the lives of the rich and famous.

By utilising cinematic, green screen effects to create a space where class issues can be discussed though Jessica’s fictional worlds of brightly coloured, kitschy aesthetics that reflect a combination of historical and political research on diverse themes from land ownership through working class literature to modern pop culture.