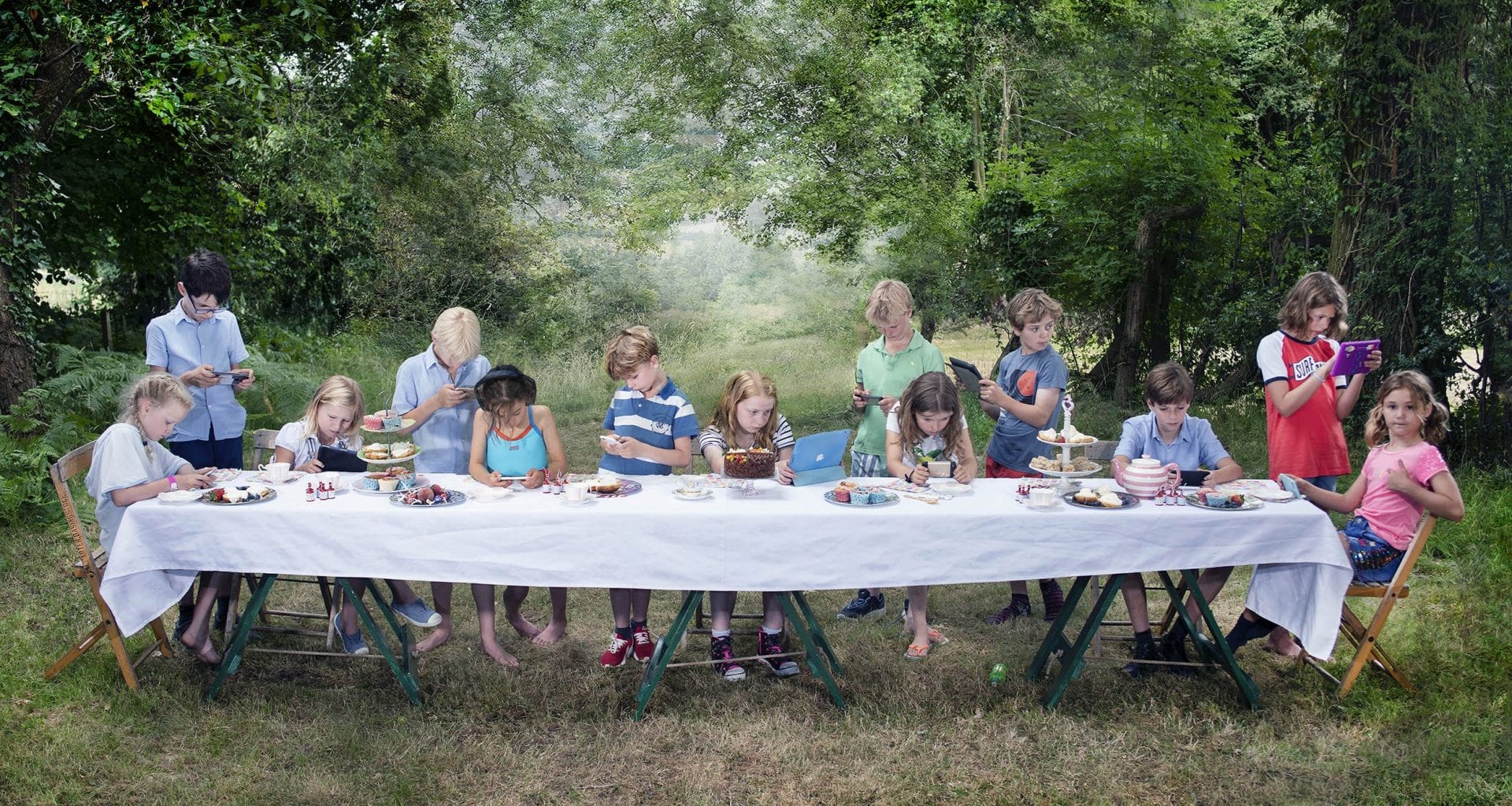 WestBeach Restaurant has been working with TheGallery since the inaugural Bournemouth Arts by the Sea Festival in September 2011, and has since participated in showcasing TheGallery’s Off-Site Arts Programme.

TheGallery, AUB, delivers an exciting portfolio of events, exhibitions and commissioned projects, building upon the creative collaboration between the Arts University at Bournemouth and external venues.

TheGallery is delighted to work with WestBeach on our Off-Site Arts Programme, featuring the work of Elizabeth Vickers, MA Commercial Photography graduate of 2019.

‘The Last Supper’ by Elizabeth Vickers

“My research has been ‘An Auto-Anthropological View of Video Gamers’ looking in particular at the isolation I feel when others game which started in my own home with my son, who has in the past played 14 hours a day. I’ve looked at how families react to a constant gamer, the money taken within the industry and the celebrities created, many as young as 15 or 16 years old. Here too, in the Last Supper a scene at a tea party where nine-year olds should be playing with their neighbour or eating cake!  Instead they are oblivious to one another. I set the camera on slow motion to capture any movement, seen only by the child on the right. The others are transfixed.

“This new industry has produced a cacophony of experiences, never seen before. A new world where communities communicate via a screen. The intensity of gamers who wish to game, fascinates me.”

Elizabeth obtained a Degree in BA (Hons) Photography and has worked at Christie’s Auction House for many years, combining her passions for the art world and the technical side of lighting in photography.

Elizabeth has worked on the Rudolf Nureyev collection in Paris, as well as Public Catalogue Foundation (now merged into Art UK) where she photographed all publicly owned oil paintings.

It is only since working on her MA Commercial Photography that she has realised she use similar techniques for lighting people as seen in the work of the Old Masters.

The MA Commercial Photography course offers the opportunity to study in the genres of advertising, fashion, editorial or documentary photography, whichever genre you choose to pursue will define your experience of the course.

TheGallery works with a range of organisations across the local and regional area to provide the community with greater access to contemporary art. This has ranged from partnerships with local businesses and schools to larger art organisations and festivals.

WestBeach Restaurant has been working with TheGallery since the inaugural Bournemouth Arts by the Sea Festival in September 2011. It allowed TheGallery to showcase their work at the opening weekend of the festival, where WestBeach hosted TheGallery’s pop-up exhibitions and events and has since annually participated in showcasing our exhibition programme.

TheGallery works with courses right across the university on a variety of exhibitions, events and projects. The Last Supper is another example of one of these projects that we have worked on with an MA Commercial Photography graduate.

When working on a collaborative project we provide advice and support for the curatorial and technical aspects of the exhibition, as well as advice on event and project management.