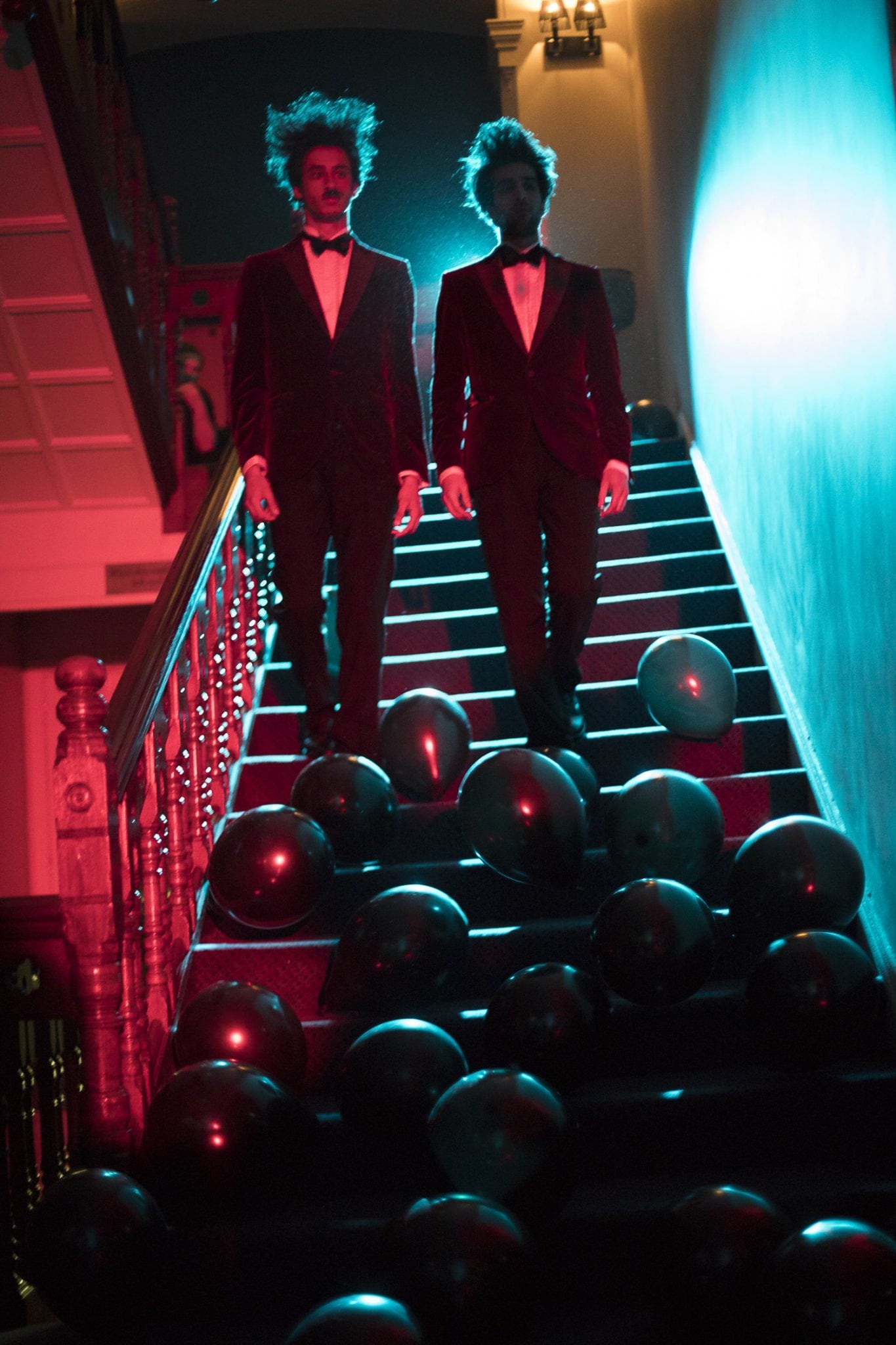 As the BA (Hons) Acting course reaches its 70th production this autumn, this exhibition celebrates the diversity and collaborative nature of the course, and the work it produces. Looking at fifteen key productions, After the Show is Over will seek to investigate the process and practice of a production from page to stage, and consider what record is left behind as a memory of this ephemeral art form that is “different every night”[1].  As Huxley & Witts posit:

“Most live performance leaves only a ‘trace’ of itself. This alone makes the act of searching for the roots, methods and reasons behind its creation a crucial one. To understand the diversity of performance one must consider the practice and the practical concerns that have engaged its creators. “[2]

The productions that have been selected for the exhibition are wide-ranging in their genres and are all examples of how the Acting course engages with various industry partners. These include professional guest directors, external venues, and partnerships on five musical productions to date with BSO’s new music ensemble, Kokoro. These productions have given a platform for the work of AUB to reach out beyond the University and into the community, allowing the wider public to engage with our practice and also to experience the ephemerality of theatre for themselves.

Katharine Piercey
Katharine Piercey trained as an Actor Musician at Rose Bruford College and has an MA with Distinction in Devised Performance from the University of Winchester.

Katharine worked professionally as an Actor Musician, singing teacher and musical director before moving into higher education. Her varied work as a professional Actor Musician has included Poppy at the ICA and Disjointed at Jermyn Street Theatre; touring with Quantum Theatre for Science; the films Ali G in Da House (Working Title) and Bonviva (DMI Productions), and a Tetley Tea advert.

She has composed music for plays such as Vanity Fair, Canterbury Tales and Mother Courage.  She has also directed a range of theatre productions that feature new music including Freedom, Bread & Peace: a collaboration with composer Karen Wimhurst; and the musical Turn of the Screw by Paul Knight and Chloe Austin which premiered at Pavilion Dance in 2016.  In 2014 Katharine worked with The Gallery as part of the Bathing Beauties exhibition and created Mermaid & The Oyster, a site-specific piece devised in association with Oyster Pleasance for the Bournemouth Arts by the Sea festival.

As a pianist, flautist and singer, Katharine also composes and arranges music for the theatre and spent 10 years working as a freelance singing teacher and musical director before moving into Higher Education. In 2012, she set up Sandpiper Theatre, a company which focuses on creating original theatre pieces using music as its source and inspiration. The company launched with A-Roving We Will Go, a promenade-style piece using actor musicians and written especially for the opening of the 2012 Bournemouth Arts by the Sea Festival.

She is also the co-founder of Gaudy Bunting, a theatre company which investigates the wider political perspective of different female roles, framed within a subversion of the classic comic double act

Kenneth Robertson
Ken Robertson has a MA in Theatre (Performance) from Goldsmiths University in London, and a Certificate in Education in both Art and Drama.

Ken’s introduction to professional theatre began in 1963 at The Royal Court Theatre, working with directors such as George Devine, Bill Gaskell and Keith Johnson. He subsequently worked as an actor with The Young Vic and was a founder member of the award-winning Cheek by Jowl Theatre Company. In 1973, he auditioned for the award-winning Japanese physical theatre company, Red Buddha Theatre, directed by the world-renowned musician, Stomu Yamashta and toured with this company throughout Europe.

In 1974 a play on the life of Charlie Chaplin was written for Ken to perform and this played at Joan Littlewood’s Theatre Royal, Stratford East. He received critical praise in the national press for his acting abilities and interpretation of the tramp character.

Ken has been a senior lecturer at the Arts University Bournemouth since 2006, teaching BA Acting where his main area of expertise has been in the teaching of Stanislavski’s ‘system’ (Psychological Realism) and Shakespeare. He has directed many Level 6 final productions and in 2014, he directed Oh! What a Lovely War at The Lighthouse Theatre in Poole.

TheGallery works with courses right across the university on a variety of exhibitions, events and projects. After the Show is Over is another example of one of these projects that we have worked on with the curators. When working on a collaborative project, we provide advise and support for the curatorial and technical aspects of the exhibition, as well as advice on event and project management.

TheGallery provides a national and international public platform for the arts and these projects within the sub-region as we promote the University’s shared passion for excellence in education, industry  and the sector. The BA (Hons) Acting productions working with BA (Hons) Costume and Performance Design is a clear example of this as they provide the students with key insights into the industry and develops their skills.

All the world’s a stage according to Shakespeare, and we’re all actors. The BA (Hons) Acting course is dedicated to showing what it takes to turn natural talent into a career, whether the dream is to be on stage or in film.

Recent graduates have appeared in BBC dramas, on London’s National Theatre tours and the Edinburgh Festival. Others have also worked across the industry in related creative roles, such as stage management, casting, teaching, directing and running their own companies.

Costume and performance design is a diverse and demanding subject involving aspects of art, design and all types of performance. Students are able to discover how to create whole new worlds on the creative course. As well as technical skill, learning that great design depends on your ability to interpret ideas is vital as the course places a emphasis on conceptual work.

Although the course focuses on costume and set design for theatre, films and new performance disciplines, the skills learnt will prepare you for a wide range of other careers. Graduates from this course have gone on to design and make costumes for theatres and film studios all over the world.