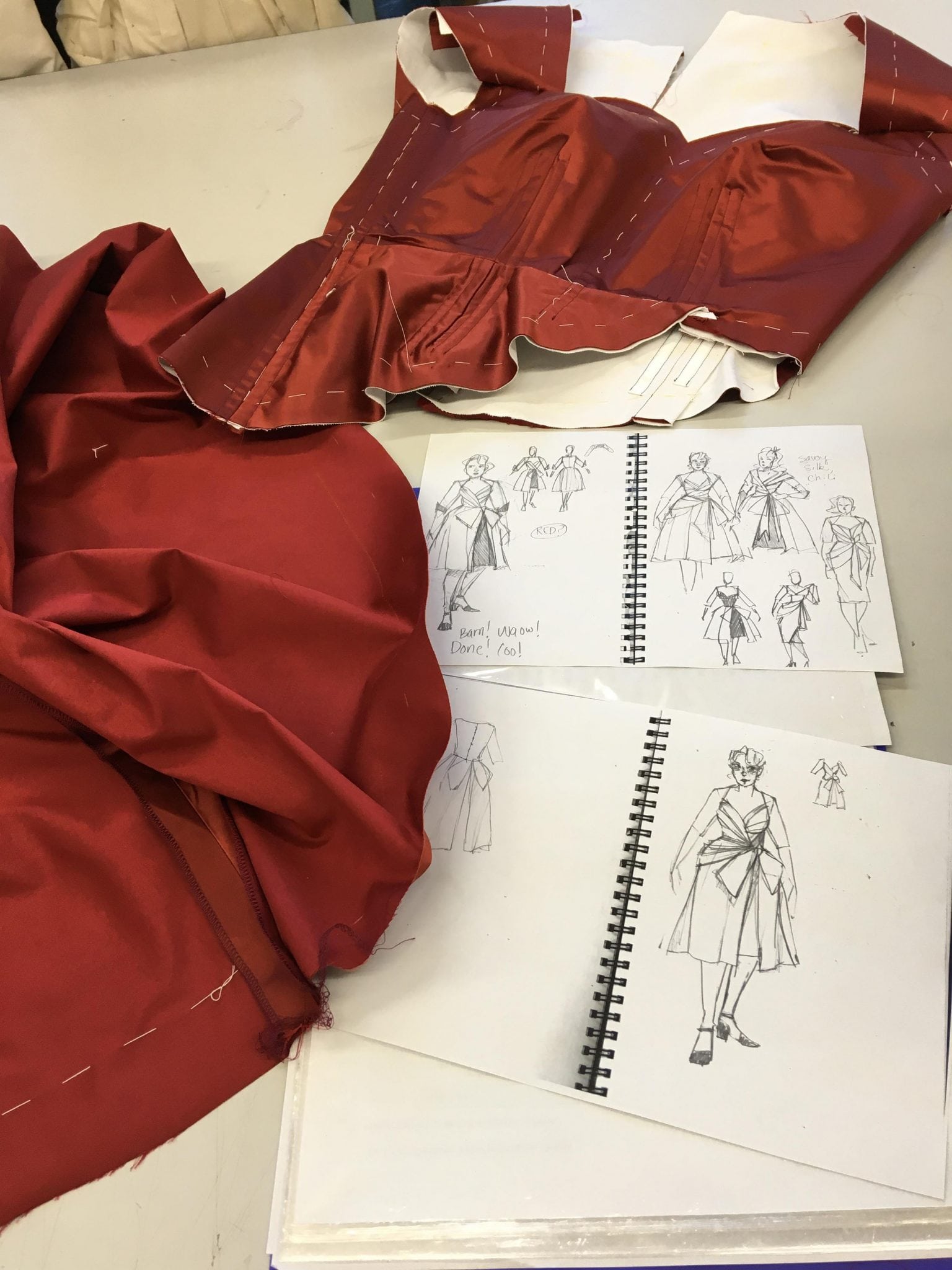 The BA (Hons) Costume and Performance Design course has been recognised as a centre of excellence by The Queen’s Anniversary Prize 2017.

The prestigious award was organised by The Royal Anniversary Trust, an independent charity promoting world class excellence and achievement through The Queen’s Anniversary Prizes for Higher and Further Education. AUB has been awarded the prize for “distinguished degree level education in costume design for the UK’s leading creative industries”.

In 1998, AUB was recognised for outstanding work in education for the film industry with the Queen’s Award (formerly as the Arts Institute at Bournemouth) and is one of only two specialist institutions to have received the award on two occasions.

The Royal Anniversary Trust awarded individual 2017 prize certificates which had been signed by HM The Queen herself, and were presented by HRH The Prince of Wales and The Duchess of Cornwall.

The work on display is a selection of the garments that were worn by staff and students at the formal presentation of prizes and reception at Buckingham Palace on the 22nd of February 2018.

The University is recognised as a centre of excellence for degree level education in costume design, having grown from providing a relatively small course into a comprehensive and influential programme.

It contributes significantly to the UK’s high reputation in this branch of the creative industries and thereby to the UK economy. The production environment of the education and training covers film, television and theatre, placing special emphasis on students’ work being informed and underpinned by a sound academic understanding of historical and social contexts, and of the materials and methods of the time.

This approach has produced graduates with a rounded education in the subject and well prepared for the demands of the industry. The overall cohort in the subject at under and postgraduate level currently stands at 200, achieving in 2016 an outstanding (100%) rate of progression into relevant employment.

Alumni achievement is evidenced by numerous international awards including Oscar nominations in costume design and extensive involvements in high-profile and internationally successful UK television productions, including “Downton Abbey” and “Sherlock”, and in live theatre. The University was also responsible for innovative and widely acclaimed costume design work for events at Weymouth for the 2012 Cultural Olympiad.

Jennifer Ridge graduated from The Arts University Bournemouth’s BA (Hons) Costume with Performance Design course in 2011. Since graduating, Jennifer has travelled the world and the UK working in theatres on land and at sea in Wardrobe.

As a Wardrobe Mistress Jennifer has worked with theatres such as Salisbury Playhouse and The Watermill touring their theatre productions around the UK. As a Wardrobe Assistant she has also worked for The Royal Shakespeare Company, Glyndebourne and Chichester Festival Theatre where she was a personal Dresser to Omid Djalili in Fiddler on the Roof and Sir Ian McKellen in King Lear.

TheGallery works with courses right across the university on a variety of exhibitions, events and projects. A Royal Affair is another example of one of these projects that we have worked on with the curator and students. When working on a collaborative project we provide advice and support for the curatorial and technical aspects of the exhibition, as well as advice on event and project management.

TheGallery provides a national and international public platform for the arts within the sub-region as we promote the University’s shared passion for excellence in education, industry and the sector. The BA (Hons) Costume and Performance Design course is a clear example of this as we provide the students with key insights into the industry to develop their skills.

On the BA (Hons) Costume and Performance Design course, you’ll discover how to create whole new worlds. As well as technical skill, you’ll learn that great design depends on your ability to interpret ideas as the course places emphasis on conceptual work.

As you progress your developing practice will be informed by digital and haptic drawing techniques and processes. Your ongoing professional transferable skills will be supported by collaboration, and you will go on to contextualise your drawing practice with curatorial projects.