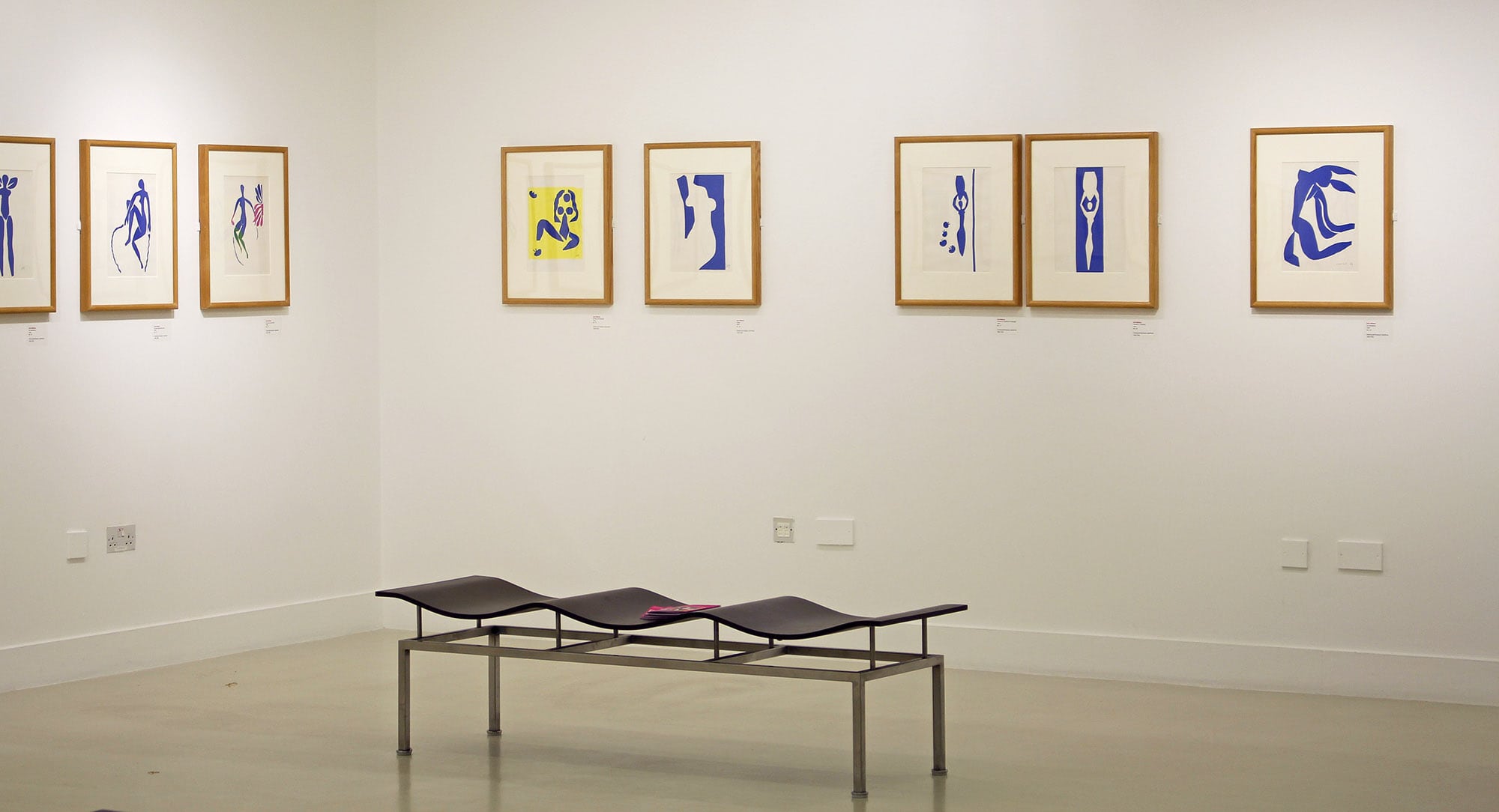 Matisse: Drawing with Scissors, features 35 lithographic prints of the famous cut-outs, produced in the last four years of his life, when the artist was confined to his bed, and includes many of his iconic images, such as The Snail and the Blue Nudes.

The French painter, sculptor and designer, Henri Matisse (1869-1954) was one of the 20th century’s most influential artists. He continued creating highly original works well into his eighties.

Matisse’s vibrant works are celebrated for their extraordinary richness and luminosity of colour. For his cut-outs he used paper that had been hand-painted with gouache, laid down in abstract or figurative patterns: ‘the paper cut-out allows me to draw in the colour… Instead of drawing the outline and putting the colour inside it… I draw straight into the colour’. The colours he used were so strong that he was advised by his doctor to wear dark glasses.

In 1905 Matisse and his colleagues were branded the Fauves (wild beasts) because of their unconventional use of colour, and it was during this time that he painted his celebrated Luxe, Calme et Volupté (Luxury, Tranquillity and Delight). ‘There is no gap between my earlier pictures and my cut-outs’, Matisse wrote; ‘I have only reached a form reduced to the essential through greater absoluteness and greater abstraction’.

The lithographic reproductions in this exhibition are taken from a special double issue of Verve in 1958, which was a review of art and literature, published by Tériade, a major publisher of fine art books.

We collaborate with artists, independent curators, writers and partner institutions to develop imaginative exhibitions that are seen by up to half a million people in over 45 cities and towns each year.

An exhibition of work by MA Illustration in response to the Matisse: Drawing with Scissors exhibition, celebrating the flatness, colour, pattern and form of Matisse through their own work.

Laura Franx: A Study of the Female Anatomy

Curated by Claire Atherton and Co-Curated by Sarah Munro

Created by BA (Hons) Illustration student Laura Franx, in response to the Matisse: Drawing with Scissors exhibition. This project explores representation of the female body.