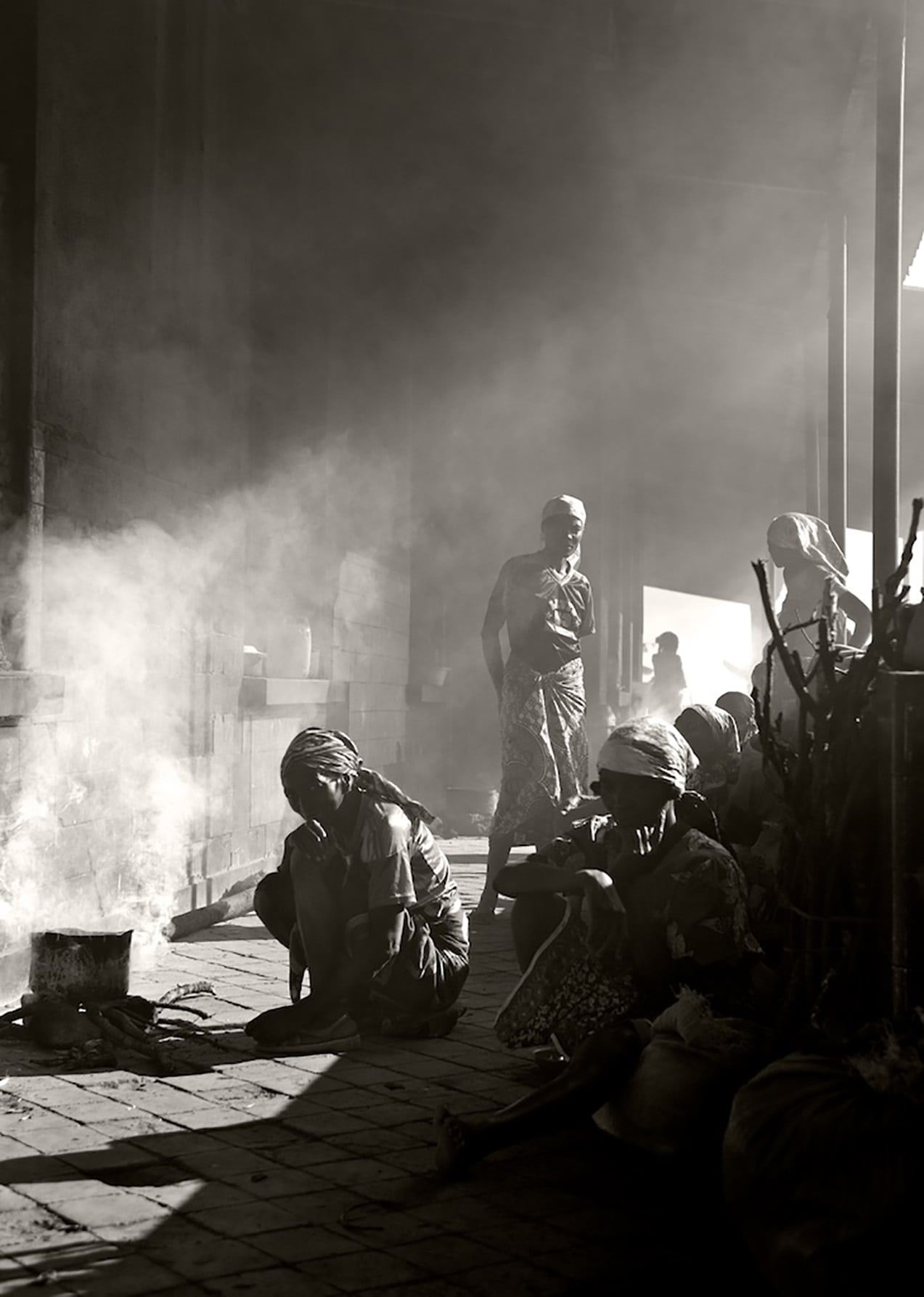 Exhibition in Other locations (Touring)

One Second of Light exhibited in the in TheGallery at AUB from 26th November – 17th December 2015. It will now be touring until August 2016.

Having worked for 10 years in editorial photography, Duley now focuses his work on humanitarian projects, working with well-respected charities such as Medecins Sans Frontiers, IOM and UNHCR in order to highlight lesser-known stories deserving of public attention and action.

The ‘One Second Of Light’ exhibition was a collection of photographs by Giles Duley created over the past decade. It’s not a retrospective, but rather an anthology of stories, moments that let us take a glimpse into the lives of others. Whilst the photographs are created in places of conflict and disaster, these are not images of victims or events, but rather moments of life and normality, scenes that we can all relate to. They are stories about a shared humanity.

“When putting this collection together,” said Duley, “I became fascinated by the question of time. Most of my images are taken at 1/60 sec and  1/125 second, which means when you put this whole collection together, the reality is they only add up to a second of light. A second that gives insight into other lives, but also makes us question how much we don’t see. I see myself as a storyteller, and this exhibition represents my reflections on the most powerful stories I’ve been entrusted with.”

The exhibition will include a collaborative installation: 21,900,000,000 and counting – a social media camera obscura, by Giles Duley, Simon Pride and Martin Coyne.

In a world that is super saturated with images, the installation responds to the struggle of photographers to make images that illuminate our lives.

The development of photography and the camera can be linked back to the camera obscura; Latin for ‘dark room’. But whereas a camera captures a single image, this installation enables us to glimpse insights from the lenses of 300 million Instagram users across the globe.

Using the orientation of the International Space Station, which orbits the earth every 90 minutes, the obscura shows a selection of images, based on their location, in real time, as they are uploaded and consumed online.

We all observe. But do we see?

For ten years, Giles Duley worked as an editorial fashion and music photographer, working for such publications as GQ, Vogue, Esquire, Arena and Select Magazine. He photographed the likes of Kings of Leon, Oasis, Mariah Carey, The Black Crowes, Lenny Kravitz and Christian Bale. His portrait of Marilyn Manson was voted by Q Magazine as one of the “Greatest Rock Photographs Of All Time”.

However, in 2000, after having become increasingly disillusioned with celebrity culture and feeling unfulfilled, Duley famously “threw” his cameras from the window of a hotel and walked away from the industry. He left London and moved to Hastings where he searched to redefine himself, setting himself many personal challenges including completing the infamous Marathon des Sables (the world’s “hardest race”). Eventually, Duley found work as a full-time carer for Nick, a young man with profound autism. Their meeting was the start of a long and continuing friendship and, ironically, marked the beginning of Duley’s return to photography. Duley discovered that through documenting Nick’s life, he was able to obtain the appropriate support and care for him, and to give him a voice that had previously been unheard. Duley therefore decided to restart his photographic career, using his camera to document the lesser-known stories of human suffering and resilience.

In the following decade, Duley continued to work as a carer to fund trips to countries including Angola, Ukraine, South Sudan and Bangladesh. He photographed the work of non-government organisations (NGO) such as the Mines Advisory Group (MAG), Emergency, Medecins Sans Frontieres (MSF), International Organisation for Migration (IOM) and the UN High Commissioner for Refugees (UNHCR), and documented the lives and stories of people whom he describes as “not victims but victims of circumstance.” In 2010, Duley was nominated for an Amnesty International Media Award and he was a winner at the Prix de Paris in both 2010 and 2012.

In 2011, the opportunity arose for Duley to document two sides of the conflict in Afghanistan; to tell the stories of civilians injured in the fighting but also to record the experiences of men serving with the US 101st Airborne division. Duley was to “become the story” after he stepped on an Improvised Explosive Device (IED) whilst on patrol. He never lost consciousness, aware that both his legs and his left-arm had been immediately blown away. As he recalls, “I could see bits of my legs and boxer shorts in the tree above and so I knew it didn’t look good”.

Duley spent the following year in and out of hospital, undergoing over 30 operations and spending 42 days in intensive care. On numerous occasions it was thought he would not survive. However, with his characteristic grit and determination, Duley did survive and resumed his photographic work less than 18 months later. His first assignment was a self-portrait which was selected for the 2012 Taylor Wessing Exhibition at the National Portrait Gallery. He has also had two exhibitions at the KK Gallery in London. In October 2012, Duley went back to Afghanistan to “finish the story I started”. His return was the subject of a documentary, Walking Wounded: Return to the Frontline, which has since won the Association for International Broadcasting (AIB) Award for Best International Current Affairs Documentary (2013) and the Foreign Press Association (FPA) Award for TV Documentary Story of the Year (2013).

Duley has become renowned for his fighting spirit, humour and compassion. Despite losing three limbs, he has continued documenting humanitarian issues around the world, most especially the consequences of conflicts, and has recently completed projects in Lebanon, Jordan, Vietnam, Laos and Sri Lanka. Duley has also become a popular speaker, delivering talks about his experiences and those of the people he has photographed to a range of audiences. He has spoken at national and international events, including the TEDx (London), 5×15 (London), Chicago Ideas Week, Bellinzola Photofestival (Switzerland), Frontline Club (London), Borris House Festival (Ireland), It’s Nice That (London), Hasselblad Conference (London), Life is Beautiful (Vegas), EG (San Francisco)  and Fabrica (Italy). His TEDx talk was voted one of the top ten TED talks of 2012 and he was recently invited as a key-note speaker at the Houses of Parliament. Duley also delivers workshops to photographers of all ages, and has started to work in radio and television. He has been featured on Radio 4’s Today Show, BBC’s HARDtalk and The One Show and Channel 4 News. Duley has been featured in Esquire, The Independent, The New York Times, The Times and Marie-Claire. In 2013, Duley became a Trustee for the Italian NGO Emergency and ambassador for Sir Bobby Charlton’s landmine charity Find A Better Way. He also won the May Chidiac Award for Bravery in Journalism and the AIB Founders Award for Outstanding Achievement, and was awarded an Honorary Masters degree in Photography from the University of Arts, Bournemouth as well as an Honorary Fellowship from the Royal Photographic Society.

In 2014 Duley has continued his work as both photographer and writer, with articles published in Observer and GQ among others and he presented his first Unreported World: The Invisible People for Channel 4. 2014 also marked the year Duley launched his most ambitious project to date: Legacy of War, a two-year assignment documenting post-conflict communities around the world.

This publication was produced and published by text + work, TheGallery, AUB as part of ‘One Second of Light’, an exhibition by internationally renowned photographer Giles Duley, Alumnus.

Available to purchase from TheGallery Office or AUB Online Store store.aub.ac.uk. from 27 November 2015.

Take a look around the exhibition with this walk through video: