MA Fine Art student, Jordi Robert, produced a short film about his mother living with dementia in a nursing home in Spain.

“The short film “Eladia. A smile, a caress, a kiss” shows us the disease, but in a tender and kind way that has touched us” said a spokesperson from the nursing home.

Jordi sent the film Eladia to several film festivals and competitions. So far, it has made it through the finals of the Notodo film festival, Spain, and will be exhibited at the Outpost gallery, Portland, in September 2017 as part of Dementia awareness week, curated by the arts organisation b-side.

“The film is is an insight into the last 5 years of my mother’s dementia. Her journey from the first symptoms until today. A portrait of a fading memory.

“The first thing that I usually do when visiting Barcelona is see my mother. Sadly, my mother suffers from dementia and lives in a nursing home. This time, when I visited her, she was sad and she didn’t want to communicate. I just sat next to her and started stroking her hands. She grabbed my hand like a child grabs her parents’ hands and her face changed instantly. Suddenly she found comfort and security. I picked up my phone and started taking pictures of her hands and her surroundings. I was trying to capture the power of that single stroke.

“As I was looking at her hands, I reflected on all the things that my mother has been through in her life, things that made my mother who she was, a strong, positive and caring woman. When a few years ago she started losing her memory, she became fragile, insecure and sad. I thought “This is a different person; my mother is gone”. But is she gone? This is how my project started.”

The film has sparked a lot of interest from Spanish media and Jordi was interviewed by the Spanish National Radio Station RNE, and has appeared in several online news websites. 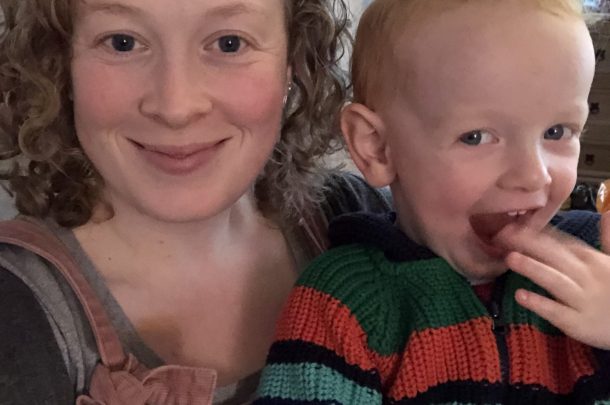 A Christchurch-based designer has been awarded a European grant by AUB to develop a sustainable solution for reusable breastfeeding wear. After discovering that despite the considerable advances made to reusable children’s nappy products, little...