The Arts University Bournemouth (AUB) BA (Hons) Costume and Performance Design course were invited to Buckingham Palace on 22nd February 2018 to celebrate their win at The Queen’s Anniversary Prize 2017.

This exciting news follows on from last year’s success when the course was recognised as a centre of excellence and awarded the title ‘distinguished degree level education in costume design for the UK’s leading creative industries’.

The Royal Anniversary Trust awarded individual prize certificates which had been signed by HM The Queen herself, and were presented by HRH The Prince of Wales and The Duchess of Cornwall.

The award was organised by The Royal Anniversary Trust, an independent charity promoting world class excellence and achievement through The Queen’s Anniversary Prizes for Higher and Further Education. At the same event in 1998, AUB (formerly known as the Arts Institute at Bournemouth) were awarded for outstanding work in education for the film industry.

Follow the BA (Hons) Costume and Performance Design course on Twitter for details of their upcoming projects. 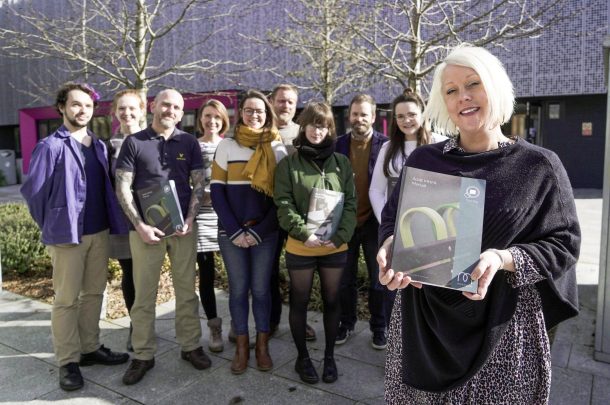