A group of Film Production graduates from Arts University Bournemouth (AUB) are celebrating after their graduate film, ‘Dancing in the Ashes’, was awarded the prestigious Royal Television Society Television Award for Undergraduate Fiction at the Awards Ceremony on 17th May.

The Royal Television Society (RTS), Britain’s leading forum for television and related media, celebrate the best in student television from across the UK. Chaired by Pat Younge, Chief Creative Officer, BBC Productions, the Undergraduate and Postgraduate Awards are judged in four categories: Fiction, Entertainment, Factual and Animation. The Awards Ceremony was attended by key industry figures, students and tutors

‘Dancing with the Ashes’ was written and directed by Nick Rowland, who was nominated for Best Writer at BAFTA New Talent Scotland, and produced by Luke Mortimer. Set in war torn Europe in the 1940s, it follows the story of Edina, a young Jewish ballerina who must battle against segregation, separation and inhumanity, to prove that love and passion can give you the strength to conquer all.

The film has been nominated for – and won – a plethora of other international awards including Film of the Year, Best Acting and Best Production Design, Watersprite Student Film Festival; Best Student Short, London Short Film Festival; Light in Motion Best Short Film, Foyle Film Festival. The RTS judges commented on the film; “Simply done but brilliantly executed, this film was very ambitious in its style and direction but managed to deliver substance as well as style. The jurors described being ‘swept away’ by the film, which delivered at a high level in every department – fantastic acting, fantastic costumes and design, beautifully lit and shot.”

In addition, a group of Animation Production graduates were nominated for their animation ‘The Honey Plot’, which previously won the RTS Southern Awards for Best Undergraduate Animation. And two Modelmaking students, Charlie Buck and Sophie Huckfield were celebrating after ‘Head over Heels’ a stop motion animation from the National Film and Television School, that Charlie and Sophie created the two main puppet characters for, was awarded the Best Postgraduate Animation at the Awards Ceremony. 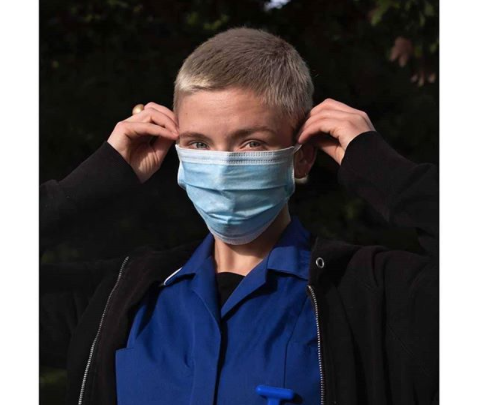