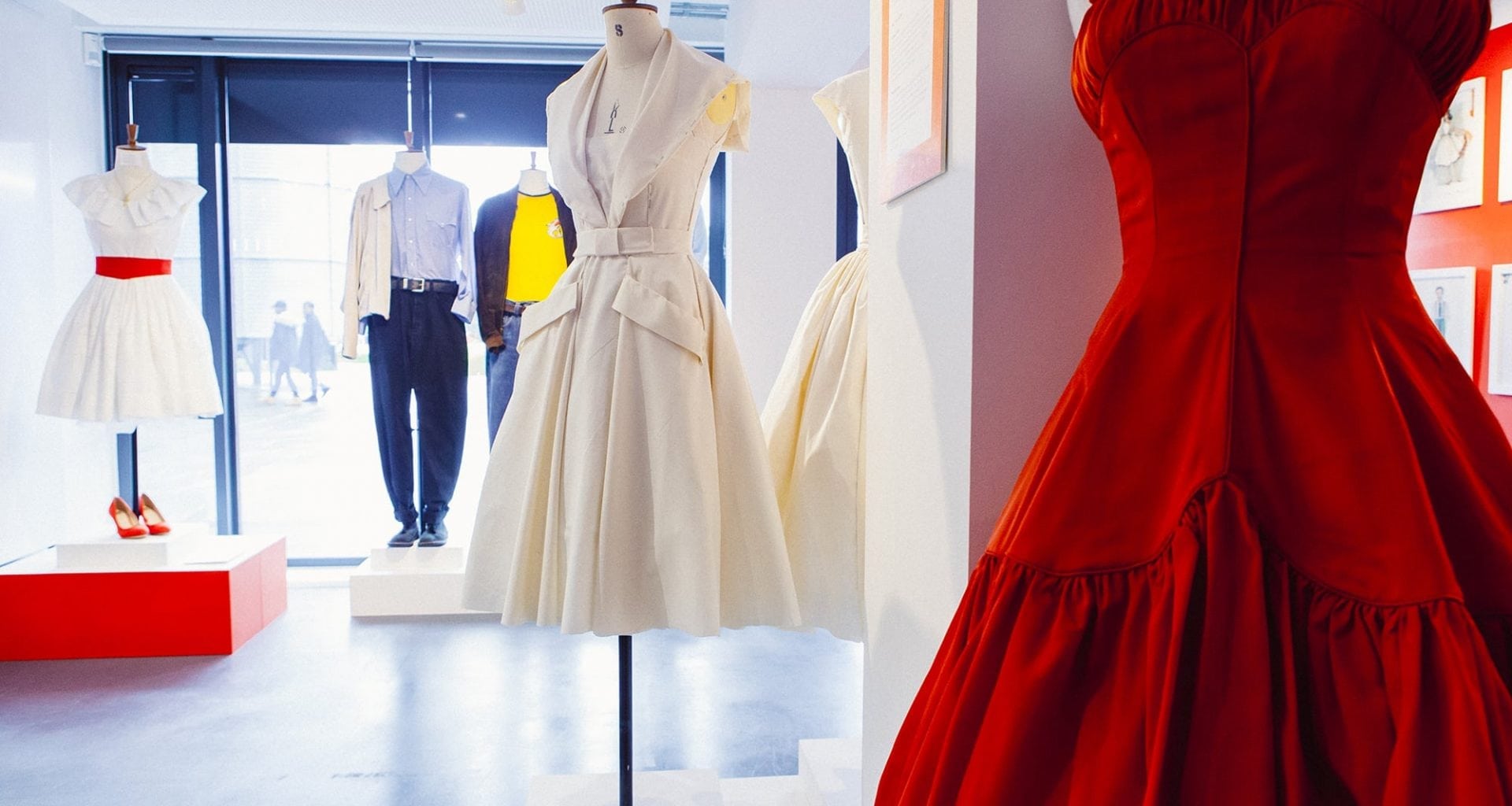 Our Campus /TheGallery /Past Exhibitions

Born and raised in Somerset, Megan has delved into various corners of abstract photography with her interest in perspective manipulation starting in 2015. This practice finalises her BA (Hons) Photography Degree from the Arts University Bournemouth. Through the exhibition, the illustrators explored and celebrated flatness, colour, pattern and form. They considered the motifs and the subject matter that are fundamental to their own illustration practice and related these to the ‘paper cut-outs’ of Matisse.

This is a selection of work from the original exhibition that was staged in TheGallery in 2017.

Staple’s recent body of work, Non-Fiction Fantasy uses analogue and medium format digital photography to capture the fragmented and distorted realities constructed in a studio. She pushes the boundaries of concrete abstraction, relying on the set and props to form geometric vibrant images that appear fictional.

The work is related to the Neo-Modernist movement in still life photography that privileges form over meaning, with additional emphasis on Staple’s rejection of post-production. Her inspiration derives from studying the history of abstract art including Cubism, Vorticism, and Constructivism, with later influences from Neo Geo, Kitsch, and Memphis Design. Prominent influential figures for Staple have been Barbara Kasten, Bahar Yurukoglu, and Daniel Gordon.

Ten visual artists, one musician and three writers undertook residencies in the Antarctic between 2001 and 2009, under the auspices of the British Antarctic Survey, supported by Arts Council England.

This exhibition brings together the artists’ work resulting from their various investigations, offering an opportunity to reflect upon the very different subject matter, media and responses evident in the range of work produced.

Curated by Liz Wells, this exhibition foregrounds the role of contemporary art in examining Antarctica. What perspectives can art offer on this terra incognita, a forbidding environment where the temperature rarely rises above freezing, yet one which for scientists offers a wealth of geological and glaciological data including indicators of climate change?

Liz Wells is the Professor in Photographic Culture at Plymouth University. This exhibition was first shown at Peninsula Arts, Plymouth, in 2012.

The Dark Highway is the culmination of ten years of work by Paul Wenham-Clarke, featuring excerpts from four photographic projects; When Lives Collide, The Westway, Hard Times and Sacrifice the Birdsong. Paul has had a successful and varied career, this creative journey has included work in advertising, documentary photography and he is currently working as a photographic artist.

BATHING BEAUTIES – RE-IMAGINING THE BEACH HUT FOR THE 21ST CENTURY

The Bathing Beauties is a selection of miniature beach huts re-imagined by 240 architects, artists and designers. The exhibition evolved from a competition led by artist Michael Trainor, and presents over 100 selected models and one full-scale beach hut, ‘Oyster Pleasance’.

26 – 28 September 2014, during Arts by the Sea Festival Beachfront, outside Aruba

‘Oyster Pleasance’ is based on an oyster shell, an innovative structure designed by The Beach Hut Salon (a collaboration between A-Models and architect Will Alsop). The beautiful Oyster with its unique design can be seen as an interactive piece of art, that proposes a beach hut for the 21st Century. The designers’ philosophy is that the hut is a place to dream and to just ‘be’. As part of the Arts by the Sea Festival, TheGallery AUB installed Oyster Pleasance on the beachfront, where a mermaid will interact with it.

18 & 19 September 2014 The symposium seeks to explore ways in which illustrators, interpret, re-interpret and misinterpret information through illustration practice. This event aims to celebrate and investigate the potential exciting creative strategies and possibilities for practitioners to move minds, challenge norms and influence the ways in which we the see the world and connect with it. MUSIC ARCHITECTURE POOLE [MAP]

7 – 30 July 2014 TheGallery is delighted to present Music Architecture Poole [MAP] at the University for the second time, after the first iteration was held in 2013. MAP is an exhibition of second-year BA (Hons) Architecture student work from Arts University Bournemouth that combines structural engineering, acoustics and issues relating people and buildings to cities and towns.

Block Party: Contemporary Craft Inspired by the Art of the Tailor

Artist’s bookwork created by Claire Barclay in response to her project focusing on an exploration of the collaborative process through participatory workshops, talks and Punch and Judy performances. 7 September – 1 December 2013 Read more »

Potential Architecture – An exhibition of work by Lucy + Jorge Orta

VALUES, a solo exhibition by Jane Wilbraham, in association with Hales Gallery, London.

11 January – 15 February 2013 A text + work event  A solo exhibition by Jane Wilbraham – VALUES brings together selected works from the past with an emphasis on recent watercolours and carved works made from Sycamore wood.

A Students’ Union exhibition TheGallery 7 – 13 December 2012 Shifting/ over/ between/ around / through is a group show of four fine art students in their final year here at the Arts University Bournemouth. Sculpture engages body directly with space, allowing the artists to circle themes of bodily engagement through our relationship with space. As we move through our environment we learn to understand how to guide ourselves around. Each artist takes their own concepts of our body, through their own journeys of space.

London 2012: Olympic and Paralympic Poster Exhibition, University House, AUB. 23 July – 7 September 2012 A number of posters for the London 2012 Olympic and Paralympic Games, designed by some of the UK’s leading artists, including Bridget Riley, Tracey Emin, Martin Creed, Rachel Whiteread, and Bob and Roberta Smith have gone on display at the Arts University Bournemouth.

9 July – 3 August 2012 ExLab is a ground-breaking arts programme along the Jurassic Coast, where earth scientists and artists collaborate to reveal hidden landscapes through the lenses of art, geology and technology.