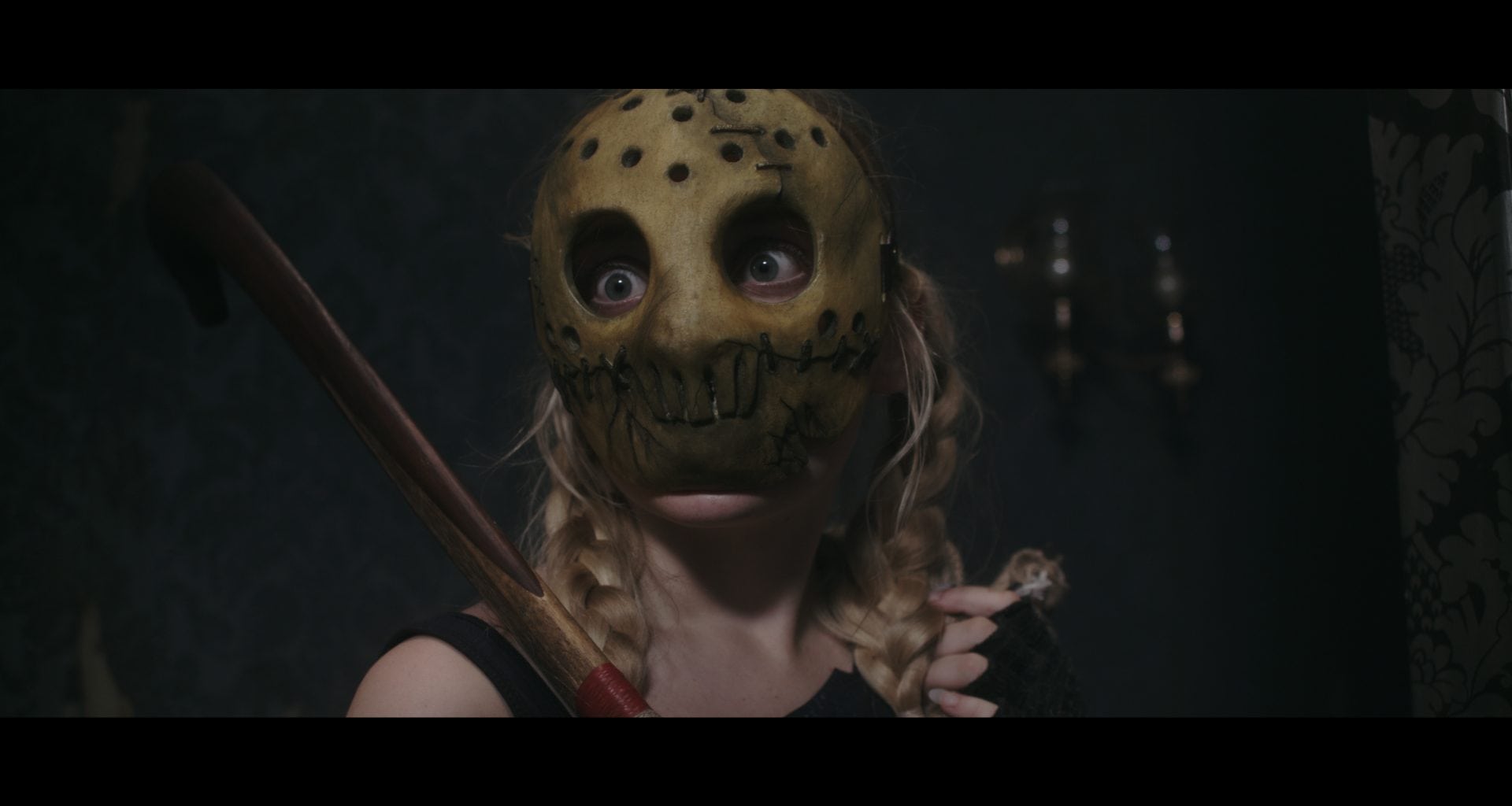 Treehouse specialise in high-concept family entertainment. They are a ‘Story Laboratory’ that nurtures original ideas through each stage of production via their writer’s room, VFX studio, editorial and sound facilities in Bournemouth.

They wanted to experiment with filming live-action using the same camera techniques as animation. This involved building specialised sets and camera rigs and inserting CG enhancements in afterwards. Wayne Humphrey from AUB contributed prosthetics and mask work supported by AUB alumni in Make-Up.

The short film would also act as a showcase for Treehouse with extensive video diaries of every aspect of the production to help them secure new business.

‘Treaters’ was debuted on 35mm film at the Shelly Theatre, Dorset on Halloween 2017 and is available to watch online for free. The film caught the attention of Crypt TV, a well-known entertainment company in the US focused on developing, producing and distributing horror-themed digital content.

Paul Hamblin, partner at Treehouse says: “The funding support from AUB gave us the confidence to invest more in the production and there are plans to develop another film in the ‘Treaterverse’.”

Subsequent to the above project, Treehouse were commissioned by Crypt TV to develop a new short film, Shelley.

Wayne Humphrey, Lecturer in Makeup for Media and Performance

You can find out more about Wayne Humphrey’s work here.

This project is supported through match-funding by the England European Structural and Investment Funds Growth Programme 2014-2020. This fund was established by the European Union to help local areas stimulate their economic development. This investment will help to support innovation, businesses, skills and employment to improve local growth and create jobs. For more information visit www.gov.uk/european-growth-funding.